Today morning I’ve received a shirt from VMware after participating in VMwolrd 2020 Live sessions and Labs ,in fact this year VMware has opened this World Big event to all people interested to the data center virtualization and Cloud technologies from all the world because of the pandemie 😦 🙂

In Part 1 I’have introduced the Horizon VDI (Virtual Desktop Infrastructure ) with the Installation of different servers and roles, in this part 2 I will continue the setup and configuration of the Horizon server and preparing the Desktop Pools and personalization of the master Windows 10 Image.

Note that in Horizon we can create two types of pools:

Linked clone which uses composer to provision VDI’s which saves the storage.

Select master image – snapshot , folder , resource pool and datastore details. This sould be  the Windows 10 Image and the snapshot created in the last section

select the domain and the OU for creating VDI machines name

In the PART 01 I’ve introduced my LAB environment and the pre requirements that i prepared fro my VSAN 02 Nodes Cluster , in this Part i will explain in detail the configuration of the LAB

Navigate to the cluster in the vSphere Client. Click the Configure tab.

Claim storage devices on the witness host and click NEXT.

Select one flash device for the cache tier, and one or more devices for the capacity tier

in resume we will got a Total of 23.38 TO storage capacity and effective capacity of 11.7 TO

VMware has HCI Solution called VSAN that was introduced  since  vSphere  6.0 and was one of the most important gap in  storage evolution in the last 05 years , one of the Most condition to deploy a VSAN cluster is to have at least  03  Node with the same configuration  that can be scaled up to 64 Nodes.

Later and since version vSphere 6.2 VMware has announced  2-Node vSAN cluster, that  is a great choice for remote/Small office like my case😊 . Setting up the 2 nodes in a direct connect configuration can be beneficial if the remote site has limited switch port availability, or no 10GB switching available

Setting up my VSAN  Lab

Recently we have recovered 02 CISCO UCS Servers from one of one Makor Telecom client here in Algeria, theses Servers has a couple of HDD, SSD SAS  disks and  I was thinking about to exploit  themes

unfortunately   the hosts are from two different models C220 and C240  and with different Disk count and models  HDD + Flash   but  are from the same Cisco 05 Generation , Hence  I go an idea to rearrange the disks inside the Hosts  in order to Meet   one VMware VSAN conditions is the each host must have the same disk configuration  and Disk count.

As I mentioned above in a VSAN 02 Node cluster  wa avoids   the need of expensive 10Gbs Network switch, that  is primordial  in traditional  VSAN Configuration , the two host could be connected through a crossover Network Cable to achieve 10 GBs/ Network bandwidth required for a Storage operation

This diagram is the architecture of 2-Node vSAN cluster

In total we will need, 08 x IP addresses are required for this vSphere cluster

Witness terminology is issued from the clustering world . If we take Microsoft Clustering (MSCS) for example, and we take a simple two node cluster, this also has the concept of a quorum or witness disk. When one node fails, or there is a split-brain scenario where the nodes continue to run but can no longer communicate to each other, the remaining node in the cluster reserve the witness disk. Therefore it  select the  quorum, and either continues to provide the clustered service, or takes over the running of the service from the node which failed.

this is very important future to set up in 2 Node VSAN cluster it is an alternate VMkernel for traffic destined for the Witness host from a directly connected vSAN tagged VMkernel. It is important to note that you cannot tag witness traffic via the web client. You must open a SSH session to each of the data nodes in the cluster and configure the witness tag from the command line. This does not get configured on the Witness host; only on the data nodes. You can use a VMkernel that is created specifically for this purpose or use a pre-existing VMkernel. Either way, running the following command will configure tagged witness traffic on the VMkernel:

Today is my first labs on deploying KEMP Load balancer in order to prepare one lab for new Exchange deployment ,

The Kemp Virtual LoadMaster is a version of the Kemp LoadMaster that runs as a virtual machine within a hypervisor and can provide all the features and functions of a hardware-based LoadMaster.

This document describes the installation of the Virtual LoadMaster (VLM) within a VMware hypervisor environment.

There are several different versions of the VLM available. Full details of the currently supported versions are available on our website: www.kemptechnologies.com.

The VMware virtual machine guest environment for the VLM, at minimum, must include:

for more details please continue on this link

VMware Horizon view is the leading VDI Solution using for Desktop virtualization, in this Blog post I will detail how to deploy a VMware Horizon Environment on a VMware vSAN cluster using Windows 10 template as master image  for Desktops VMs As a VMware production Horizon view is integrated with VMware vCenter/vSphere infrastructure so in this Lab we suppose that the vSphere infrastructure is  already configured Also since horizon view  used to provide  for MS Windows workload Desktop machines , other  Windows infrastructure components should be  ready like Active directory , DNS DHCP Servers

Second server installation steps are very similar to thes primary except below two screens. Login to second server and run exe as admin – Select Replica Server in the Intaltion option Enter the FQDN of the Primary Horizon Connection Server

7. Installing and configuring Data base Server

After Installing a data base server with SQL server official package with the  Installation Account (Cloudz\AdminSQL) , we create and SQL Data base then we create  an ODBC  Connection from The composer Server to the data base server Step 1: ON the SQL Server, Management Studio – Security – Logins – Add new login Step 2: Create SQL local sa account as shown below. VMWare composer doesn’t support domain accounts only sql local accounts are supported. Step 3: Right click on databases – New Database Step 4: Provide new database name and click on owner and select the sa account created

On the composer windows server and Click on windows admin tools  ODBC Then create an ODBS Link to the Data Base server created in the Step 7 verify that you are logged in with valid domain service account.            provide the DSN name created earlier – sql sa account name and password – click next

The configuration of the Unified Gateway UAG will be presenter in septated BLOG entry with a LOAD balancer solution ,

In part 2nd part of this LAB, I will Explain how to configure to Horizon View and Desktop Pools

Money doesn’t grow on trees and neither does your business. It’s time to get smart about server utilization. Virtualization can deliver value to your company by reducing the number of physical servers needed to run your workloads. Consolidating workloads conserves server resources and ultimately leads to a reduction in IT spending. Additionally, a well designed virtualization strategy provides the benefits of:

Learn about the immediate ROI value of Server Containment, the ongoing savings that can be maximized with Server Consolidation, and the risk reduction from Virtualized Disaster Recovery and Business Continuity.

Are You Ready to Get Started?

Server virtualization offers tremendous value and a return on investment for most organizations in less than 1 year, but there is risk in migrating production servers to virtualization.  These risks can be managed with:

You can select the combination that best suits your needs and budget while having the peace of mind that it will all work as designed.

Start a conversation with Virtualization Advisors if you are looking for a partner that can help guide you through the virtualization process. Use our professional consulting advice based on practical experience to maximize your savings and return on investment. You can leverage our expertise to avoid the pain and frustration that can arise from doing it yourself. 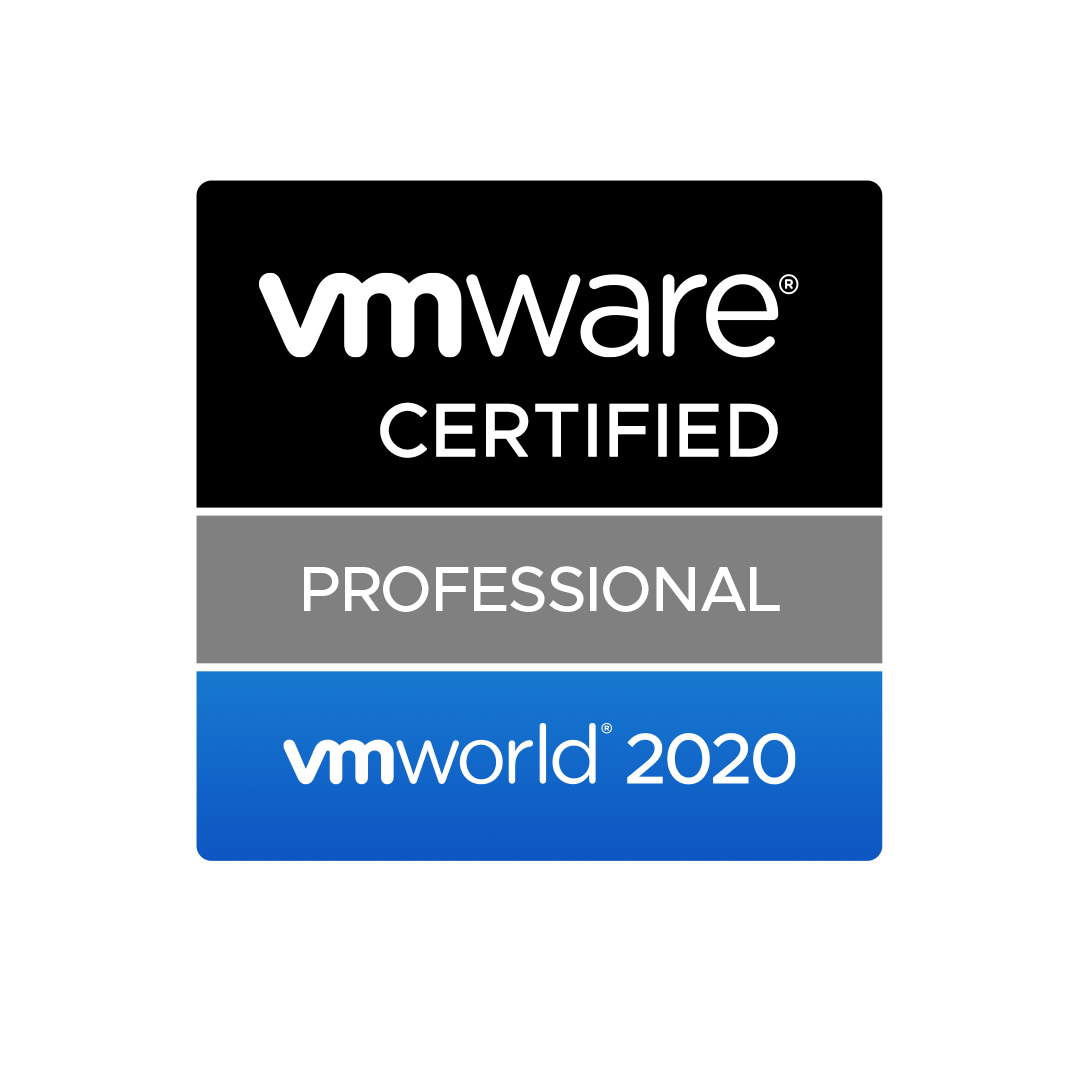